IWSG: Dreams and Fairy Dust Won’t Pay the Bills… Or Will They?

Today’s post is part of the Insecure Writer’s Support Group, a blog hop where insecure writers like myself can share our worries and offer advice and encouragement.  Click here to find out more about IWSG and see a list of participating blogs. 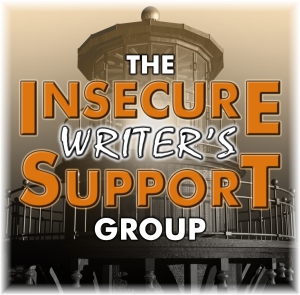 As some of you already know, I’ve been going through some stuff.  It started back in December, and the real life problems have just kept coming ever since, one after the other.  It’s been truly unfair.

But I’m recovering, finally.  Those real life problems that have been plaguing me have been resolved, most of them for the better, a few for the worse, but at least they’re resolved and I’m able to move on.

The challenge now is that, during my times of trouble, I seem to have picked up a whole bunch of new writing insecurities, and a few old insecurities have resurfaced as well.  It’s not so much my writing process that I’m worried about but rather my ability to turn writing into a profitable and sustainable career.

Fortunately my muse, who came to my rescue in last month’s IWSG post, has returned to give me some sage advice. 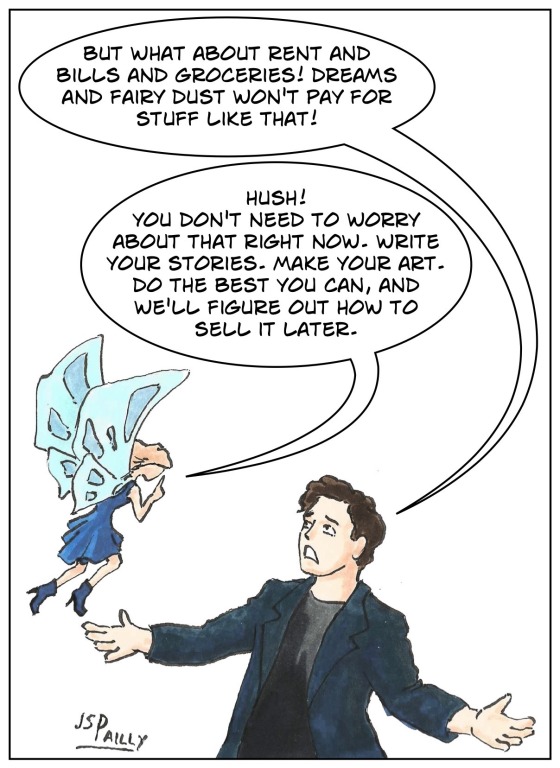 So is my muse right?  I sure hope so.  I’m still dealing with a lot of anxiety, most of it financial in nature, because of the turmoil I just went through.  But I’ve promised my muse that I’ll set that aside, at least while I’m writing, and have faith that so long as I put my best into my stories everything else will somehow turn out okay.

P.S.: I want to mention, because a few people have been asking, that I really wanted to participate in the A to Z Challenge again this year.  I had a plan.  A really good plan. But given the circumstances, I think it’s best if I save it for next year.