According to the appendix of Frank Herbert’s Dune, a graben is defined as “a long geological ditch formed when the ground sinks because of movements in the underlying crustal layers.”

According to real life, a graben is… well, it’s exactly what Frank Herbert said it is. The term comes from a German word meaning trench, which is a nice, direct way to describe what grabens look like: trenches.

Grabens tend to form between two “normal faults” if the faults run more-or-less parallel to each other. In other words, they form when two masses of the planet’s crust start moving away from each other, allowing a thin sliver of material to sink down into the gap between them. 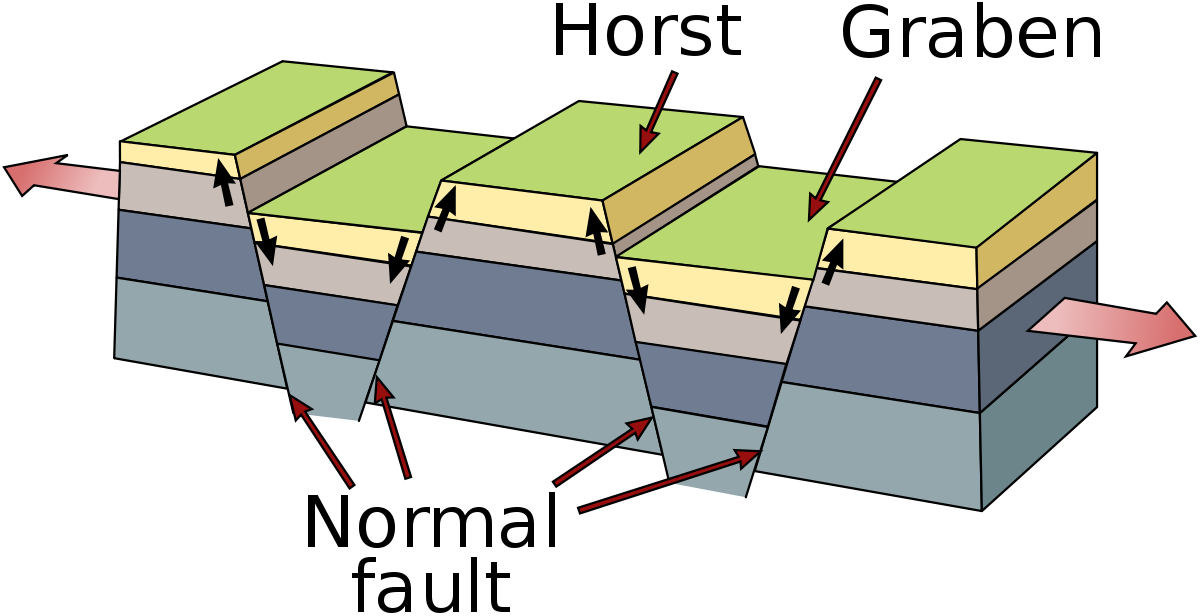 I used to think grabens could only form due to the movements of tectonic plates, which would mean we should only expect to find them on Earth—the only planet known to have active plate tectonics. But really grabens can occur on any world where the planetary crust is moving around, being pushed or pulled in different directions, causing the surface to stretch and crack.

That could explain why grabens, or at least surface features that look an awful lot like grabens, have been observed on the Moon, Mars, and other places in the Solar System. And perhaps that’s also why they were found (will be found?) on the planet Arrakis, all the way out in the Canopus Star System, according to Frank Herbert.