At some point, I want to profile each of the planets in the TRAPPIST-1 system one by one for my Exoplanet Explorer series. But it’s too early for that. Right now, we don’t know much about these planets except that they’re there.

But I can say something about TRAPPIST-1 itself. It’s a type of star called an ultra-cool dwarf star. 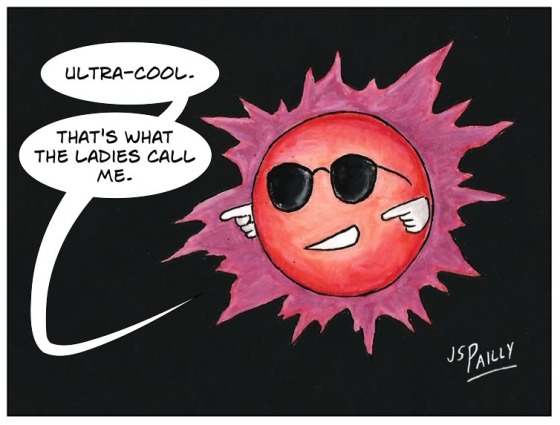 Apparently TRAPPIST-1 has just barely enough mass to cause hydrogen fusion in its core. That means that for a star, it doesn’t produce a whole lot of energy, and thus its temperature is relatively low. Based on my rough math and statistics I got from Wikipedia, it looks like TRAPPIST-1 is less than half the temperature of our Sun.

This is one of the things that makes TRAPPIST-1 so interesting to me, and why it’s really starting to capture my imagination. It’s not just about all those Earth-like planets. The star itself helps set a lower limit for just how small and cold stars can be.