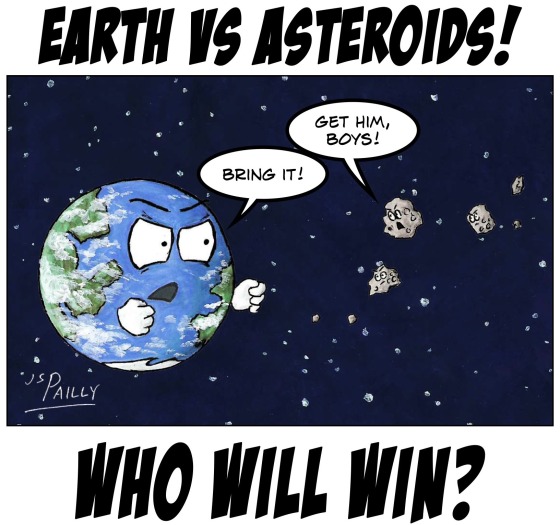 Is your planet safe? Nobody wants another Tunguska Event. Certainly we don’t want another K-T Event. So what are we doing to protect ourselves?

Thanks to grant money from NASA, the University of Hawaii has started setting up a series of telescopes specially designed to hunt for Near Earth Objects (N.E.O.s). These are objects, such as asteroids, with orbital paths that approach or cross Earth’s orbit.

The University of Hawaii’s new telescopes are collectively known as ATLAS (Asteroid Terrestrial-impact Last Alert System). Once fully operational, ATLAS promises to provide us with several weeks notice for large, incoming asteroids. For smaller, though still hazardous asteroids, ATLAS should give us at least a few hours warning.

So is our planet safe?

As more and more programs like ATLAS come online, we should get better coverage of the night sky and longer warning times for incoming objects. But there will still be a problem—a huge problem.

No amount of ground-based telescopes could have detected that 2013 asteroid. But perhaps a space telescope, similar to the SOHO telescope we use to monitor solar flares, could help plug this gap in our planet’s defenses.

Posted by J.S. Pailly on May 25, 2016 in Uncategorized and tagged Asteroids, Earth, Space.