Today’s post is part of the Insecure Writer’s Support Group, a blog hop where insecure writers like myself can share our worries and offer advice and encouragement.  Click here to find out more about IWSG and see a list of participating blogs. 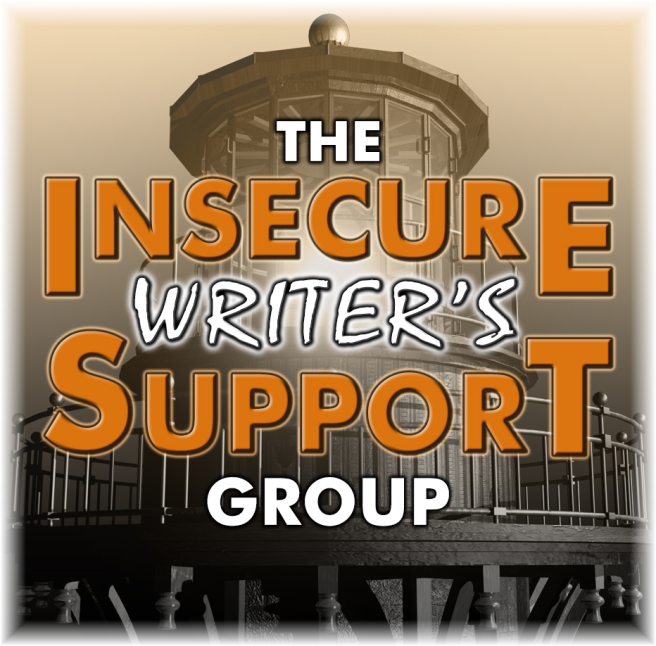 For last month’s IWSG, I wrote about a traumatic experience I recently went through.  It was a difficult thing to write about, and I’m sure it was a difficult thing to read as well.  Thank you to all of you who did read that post and left such kind comments. I realize this is an odd thing to say, but the love and support I received from “strangers” on the Internet meant a lot to me.

I still have some raw emotions about what happened, but I’ve gotten back to writing.  To be honest, I got back to it a whole lot sooner than I expected. I’m not sure how to explain why that happened, so I’ve asked someone else to write a post explaining it for me.  She’s written IWSG posts for me before.  At this point, I’m sure many of you know her well.  She’s the magical fairy person who helps me write: my muse. 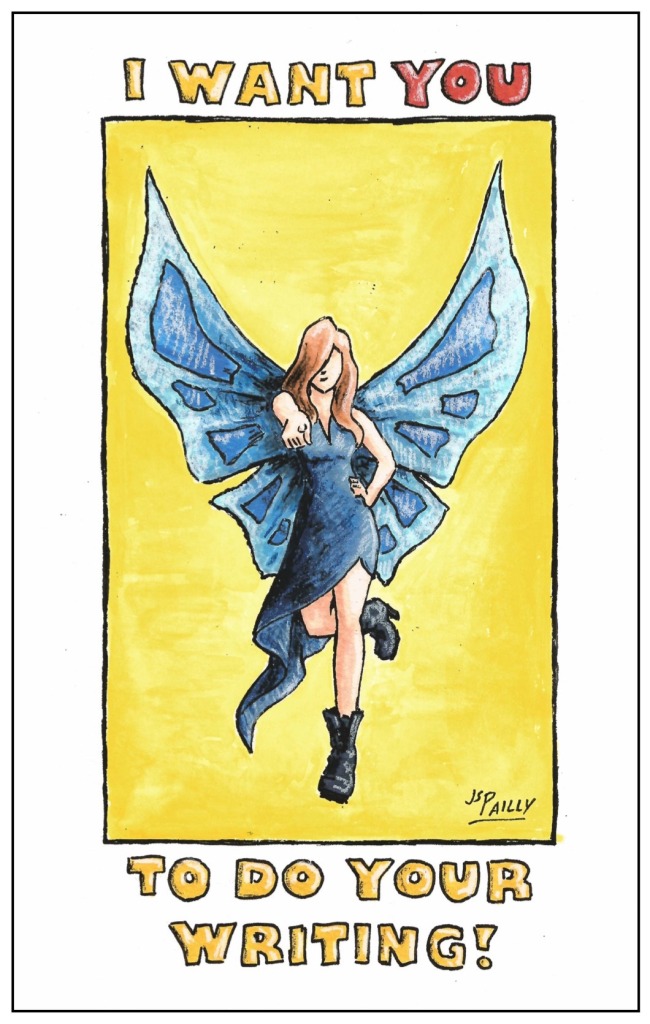 My writer has been plagued by a secret fear. This has been going on for years now, but he’s been too afraid to talk about it or write about it.  He’s even tried to conceal certain dark thoughts from me (in case you weren’t aware, muses have mind reading powers). But of course I still sensed this fear stirring in the depths of the subconscious.

So what is this secret fear?  Here’s an easy answer: the fear that I would leave, that I might never come back, that maybe I’d go be a muse for someone else—some new writer who’s more disciplined and talented than the writer I already have. But like all easy answers, this answer is not the full truth.

What really frightened my writer was the thought that maybe, deep down inside, he didn’t really want me around in the first place, that maybe he didn’t really want to be a writer at all, and that maybe he’d be happier doing something else with his life, something that didn’t involve a muse like me constantly pestering him to do his writing.  No matter how much my writer insisted that he wanted to keep writing, there was always that nagging fear that whispered: “you’re wrong, you want to give up.”

Then came the traumatic events that occurred a little over a month ago.  My writer’s been through some painful experiences before—the loss of a parent, a nasty break up—but nothing compares to witnessing a murder.  In the aftermath of what happened, my writer lashed out at me and at writing in general.  He told me to go away.  He told me to never come back because the things I made him write about—death, violence, various other atrocities—suddenly hit way too close to home.

Of course I didn’t leave.  True muses never leave.  It’s not in our nature.  I guess my writer didn’t know that, but he knows it now.  And I didn’t have to wait long before my writer picked up the pen again and asked for my forgiveness (which was easily given).

To my surprise, my writer chose to dive straight back into the story we’d been working on before all this happened—one of those violence and destruction stories.  But that’s what he wanted to do, and with a renewed sense of urgency too, because the casual disregard for human life that would lead one person to kill another—my writer has some things to say about that, things that he only knows how to express in one way: through fiction.

And that’s the secret truth about writers: they may think they can give up on writing, until they actually try to do it. But writers need to write as badly as other humans need to eat or breathe.  It’s in their nature.  I guess my writer didn’t know that either, but he knows it now. 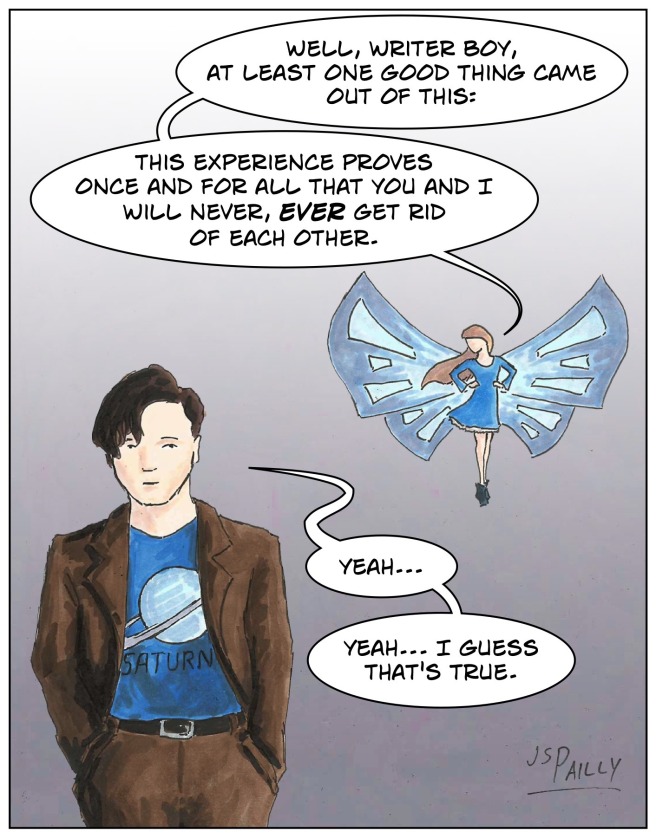 So much for that secret fear.