Molecular Monday: Why is Mars Red? 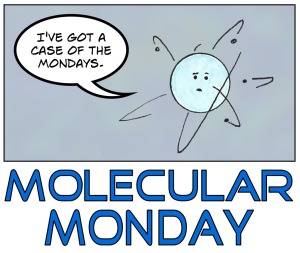 Okay, so I took a little detour on my mission to Mars to visit Phobos, Mars’s largest moon. But now it’s time I headed down to the surface of the Red Planet itself. Which brings us to today’s Molecular Monday question: why is the surface of Mars red?

In ancient times, the answer would probably be something like Mars is drenched in the blood of his enemies. A more modern, more scientific explanation would involve iron oxide, specifically iron (III) oxide with the chemical formula Fe2O3, which is more commonly known as rust. As a mineral, it’s also known as hematite, which is what I’m choosing to refer to it as from now on.

But it’s a little too easy to just identify a chemical substance. A far more interesting question is this: where did all that hematite come from? No one knows for sure, but there are (as far as I can tell) three possibilities:

The Martian water hypothesis might seem like the obvious explanation. At least I assumed so until I started researching this post. But when the Curiosity Rover started drilling holes in the Martian ground, it found that the underlying layer is sort of grey, not red. This seems to be consistent with what the Mars Pathfinder Mission found: that iron and other metals are more present in the Martian topsoil than in the rocks.

That may suggest that Martian hematite formed only in the recent past, or perhaps that it forms continuously in the present. If so, that would cast doubt on the ancient water hypothesis and lend credence to either the meteor impact or dust storm hypotheses, or perhaps a combination of the two. 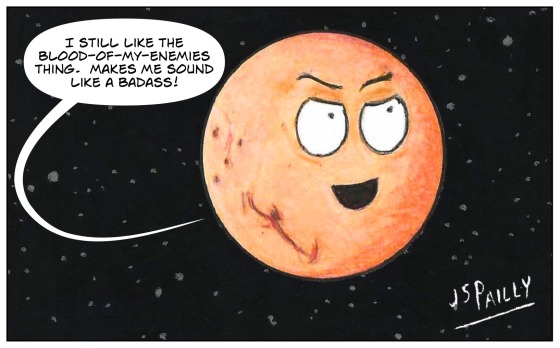