I have to begin this post by apologizing to Pluto. Pluto, I’m sorry. You’re really neat and interesting and I like you a lot; but the truth is Haumea is now my favorite dwarf planet.

Last week, a paper in the journal Nature announced that the dwarf planet Haumea has rings. 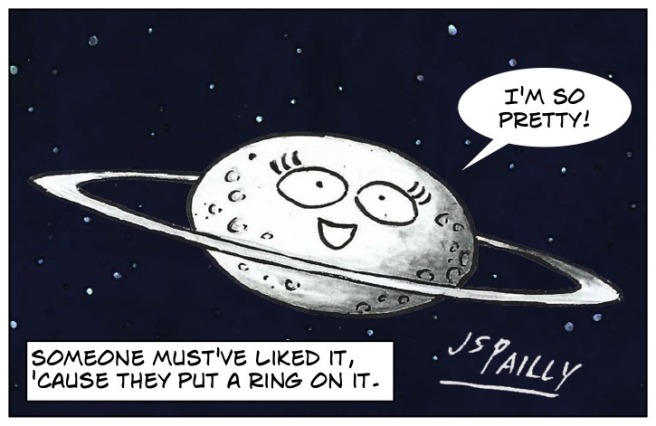 Haumea’s rings were discovered during an occultation, when Haumea (as viewed from Earth) passed directly in front of a distant star. The rings caused the star to flicker slightly just before and after the occultation occurred. This, by the way, is exactly the same way the rings of Uranus were discovered.

Haumea was already a pretty strange and interesting object even before we knew about the rings. All planets (and dwarf planets too) bulge a little at the equator; that’s just what happens when you’re constantly spinning on one axis. But Haumea is spinning considerable faster than normal, completing a full rotation every 3.9 hours.

As a result, Haumea doesn’t just bulge at the equator; it’s stretched and elongated into an oval shape. But this brings us to some bad news. According to that same paper from Nature, Haumea’s shape is “inconsistent with a homogeneous body in hydrostatic equilibrium.”

The math went a little over my head on this one, but being in a state of hydrostatic equilibrium means an object is spherical, or at least ellipsoidal, due to the pull of its own gravity. This is one of the requirements for being a dwarf planet, according to the I.A.U.’s current definition. 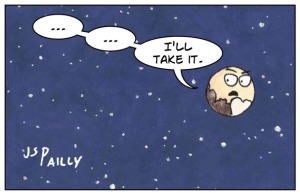 4 thoughts on “Haumea Has Rings”