Welcome to a special Saturday edition of Sciency Words, because sometimes life gets in the way of regular blogging schedules. Each week (normally on Fridays) we take a closer look at some science or science-related term so we can all expand our scientific vocabularies together! Today’s term is:

What color is it? It sounds almost like a childish question, but as we look out into space, trying to study the Sun and other stars and distant planets, we can learn a great deal just by figuring out what color things are. 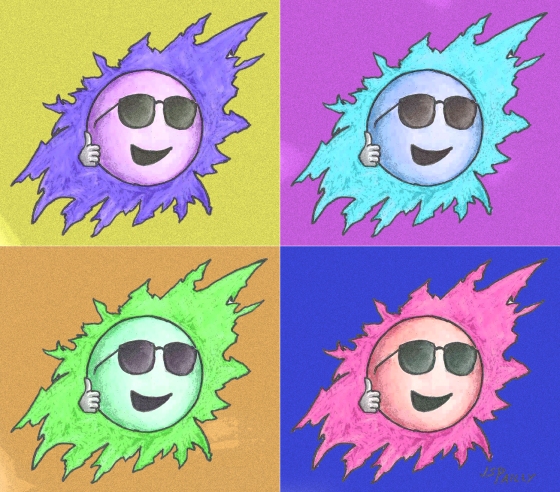 The science of spectroscopy has a long history, beginning with Isaac Newton. In the late 1600’s, Newton demonstrated that pure white light can be split apart into a rainbow of color using a prism. Newton called this a spectrum, from the Latin verb specto, meaning “I observe” or “I see.” (According to my trusty Latin-English dictionary, the noun spectrum also meant “apparition” or “ghost.”)

Over the decades and centuries to come (click here for a detailed timeline), scientists used increasingly sophisticated combinations of lenses, mirrors, and prisms to study Newton’s spectrum in greater detail. They also experimented on a wide variety of light sources: sunlight, starlight, firelight, and even electrical sparks.

An especially noteworthy experiment in 1752 showed that burning a mixture of alcohol and sea salt produced an unusually bright yellow band in the middle of the spectrum (we now know this to be a emission line for sodium). And in 1802, another experiment on sunlight revealed multiple dark bands in the Sun’s spectrum (which we now know are absorption lines for hydrogen, helium, and other elements in the Sun’s photosphere and corona).

All the colors of the rainbow, except a few are missing. This is an absorption spectrum.

It wouldn’t be until the early 20th Century, with the development of quantum theory and, specifically, Niels Bohr’s model of the atom, that anyone could explain what caused all these spectral lines.

No rainbow, just a few specific colors. This is an emission spectrum.

In Bohr’s atom, the electrons orbiting an atomic nucleus can only occupy very specific energy levels. When electrons jump from one energy level to another (the true meaning of a quantum leap), they either emit or absorb very specific frequencies of light. The light frequencies are so specific that they act as a sort of atomic fingerprint.

And so today, as we look out into the universe, seeing the glow of stars and the absorption patterns of planetary atmospheres, it’s possible for us to identify the specific chemical elements we’re seeing, even across the vast distances of space, simply by asking what color is it?