As a follow-up to yesterday’s post on how to read a scientific paper, I wanted to share the story of my first attempt to read such a paper myself. I was doing research in preparation for the 2015 Mission to the Solar System, and I’d found a paper titled “Thermal Stability of Volatiles in the North Polar Region of Mercury.”

I was under the impression this paper was sort of a big deal as far as Mercury exploration is concerned, so I felt I ought to read it. Previously I’d only read the abstracts of papers, and occasionally the conclusions. I’d never before tried to read a scientific paper in full.

It didn’t go well. Not at first. The paper was only four pages long, but it felt like forty and may as well have been four hundred. I was particularly confused by the usage of the word volatile, as in volatile chemicals. I thought I knew what that meant. Turned out I was wrong, and it took awhile for me to figure out what volatiles really are.

I must’ve read the paper straight through three or four times before something in my brain clicked. And then… 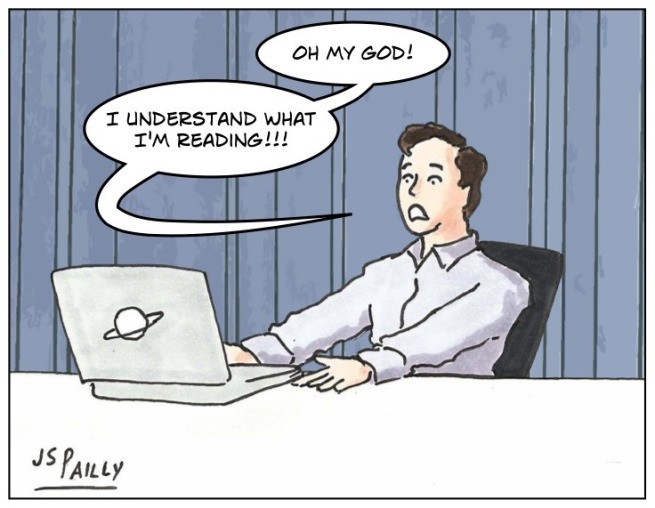 I got it! I actually got it! NASA had found water (a volatile) on Mercury! I’d already learned about this from another source, but the fact hit me with a new weight. Suddenly I not only knew about Mercury’s water, but I also knew where the water was located (frozen inside dark polar craters), why it hadn’t melted or sublimated away (at the poles, crater rims shield it from sunlight), and how NASA had found it (by bouncing radio waves off the ice sheets).

Maybe this will sound silly, but reading that “Thermal Stability” paper was a life-altering experience for me. I’ll never forget that moment of revelation when all that sciency stuff started making sense. For the first time, Mercury felt like a real place to me. For the first time, I “got” how NASA does what it does.

And most importantly, I learned that even though I’m just a science fiction writer and don’t have any kind of scientific degrees, I can still read and comprehend scientific publications. Which means I can bypass the unreliable science reporting I saw on T.V. or the Internet and go straight to the source for my scientific knowledge.

9 thoughts on “My First Scientific Paper”