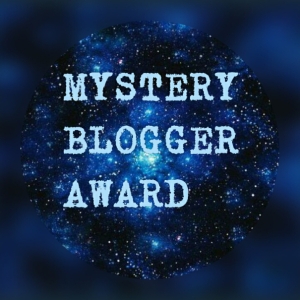 Oh my gosh, I won an award! Yay me! A very special thanks to Outside Perception for nominating me for this award, and also thank you to Okoto Enigma for creating this award. According to Enigma’s website:

“Mystery Blogger Award” is an award for amazing bloggers with ingenious posts. Their blog not only captivates; it inspires and motivates. They are one of the best out there, and they deserve every recognition they get. This award is also for bloggers who find fun and inspiration in blogging; and they do it with so much love and passion.

Okay, I’m blushing. Look, I know these kinds of awards are a bit silly, but still it’s nice to be recognized.

So as part of accepting this award, I’m supposed to tell you three facts about myself and then answer five questions from Outside Perception. Here goes:

Five Questions from Outside Perception

1. Tell us about something you used to believe only to find out it was incorrect.

All my life, I’d heard the story about how Albert Einstein failed math. Turns out it’s not true. Apparently Einstein’s school switched grading scales during his final year, so his school records make it look like he failed when in fact he got perfect marks every single year.

2. If given the choice between cake or death, what would it be?

Well, the obvious answer would be cake, but I suspect this is a trick question. You see, I’ve played Portal. I know the cake is a lie. Death might be preferable.

3. What was your imaginary friend’s name and what special skills did they have?

Was? Did? My imaginary friend is still around! She’s asked me to never reveal her true name on the Internet; however, she makes semi-regular appearances on my blog. She’s my muse, and her special skill is inspiration, supposedly. 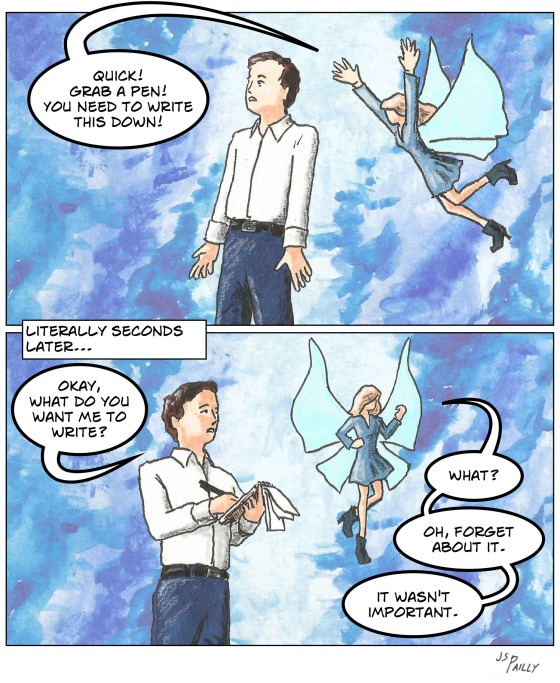 4. What is your all time most watched movie?

Star Wars. The three original Star Wars movies, to be precise. They’re the only movies I watched obsessively as a kid and still watch obsessively today.

I’ve been slowly amassing a Lego collection. Most Lego enthusiasts end up building Lego cities. I’d like to do that someday, except rather than a traditional city, I want to build a huge Lego Mars colony.

As part of this award, I’m supposed to nominate a bunch of other people for the award and ask them five questions of my own choosing.

And the Nominees Are:

Now I don’t want to put any pressure on anybody, because I know not everyone likes these kinds of blogging award things. If I nominated you and you want to accept the award, the rules are listed below. If not, I still got to link to some pretty cool blogs, and that makes me happy.

Right, almost forgot about that last thing. I’m not sure if this is my best or my favorite post, but there is a post that’s been on my mind a lot lately for some reason. It’s an old IWSG post called “Research Rant.”