Last Wednesday, the day after the election, my muse may or may not have wanted to write. I’m not really sure. 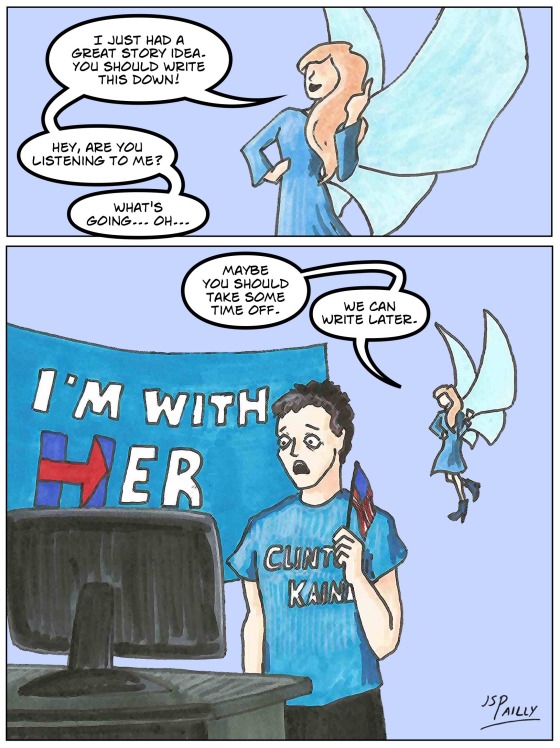 A few years back, I saw Jonathan Maberry at a writing conference, and he gave out some advice to new writers, particularly writers new to blogging and social media. One of the things he said was don’t talk about politics.

So I don’t talk about politics, at least not on this blog, not unless there’s some direct relevance to the kind of science or science fiction I write about. But after doing some soul searching this past week, I’ve decided that I do need to say something about the election, because it is relevant to my writing.

Now I’m given to understand that not everyone saw this election the way I did. For some, economic anxieties or national security or corruption in Washington took priority. That’s okay. I’ve made my peace with that, and I hope that over the next four years those issues are addressed in a productive manner.

It will probably be awhile before I blog about politics again because I agree with Jonathan Maberry. Political posts just alienate readers. Besides, when was the last time the major issues of the day were resolved in a comment thread?

But as my muse and I get back to work, I have to acknowledge to myself and others that this election has changed me. Whether I intend it or not, those changes with affect my writing. Right now, the only thing I can say for certain is this: as a science fiction writer, I have a renewed commitment to depict a future that is not populated by white men only and to tell stories in which humanity is stronger together.