Every Monday this month, as part of the 2015 Mission to the Solar System, were meeting a moon of Jupiter. Today, we’re meeting:

Liquid water. Europa has it. In fact, tiny as Europa is, it has more water in its subsurface ocean than in all the seas and oceans on Earth combined. But does this ocean support life? There are a few ways we could try to find out.

Fly Through a Water Plume

In 2012, Hubble observed water vapor spraying into space from Europa’s southern hemisphere. If Europa’s water plumes originate from its subsurface ocean, and if that ocean does indeed support life, then the plumes may include traces of biological material.

On a relatively low budget, a space probe could fly through one of these water plumes, collecting and analyzing samples of the ejected material.

However, Europa’s water plumes are difficult to detect. They seem to be rare and highly unpredictable, so it would require a lot of luck to position our probe in just the right place at just the right time.

Land on the Surface

Among its many claims to fame, Europa has the smoothest, youngest-looking surface of any object in the Solar System. 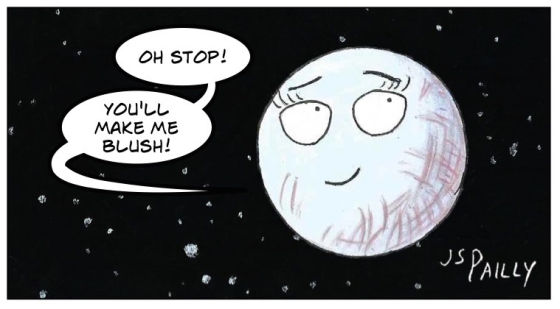 The lack of any significant cratering suggests that, much like Venus, Europa has been resurfaced recently. Most likely, Europa experiences near continuous resurfacing events as water finds its way to the surface, spreads out, and refreezes.

The lines crisscrossing the moon’s surface may be cracks in the ice that have refrozen, with sea salt and other minerals leaving a reddish-brown residue behind. If so, perhaps biological material has been deposited on Europa’s surface as well, just waiting for some NASA rover to come analyze it.

Dive into the Ocean

But to get a definitive answer about life on Europa, we need to go swimming. A robotic probe could melt its way through the surface ice and begin to explore the watery depths below.

Scientists believe Europa’s ocean has plenty of oxygen. There may also be hydrothermal vents near the bottom. Our underwater probe might discover microbial life clustered around these vents, or perhaps the probe’s cameras will observe schools of alien fish.

In one particularly awesome hypothetical scenario, maybe our intrepid little probe will be attacked by angry Europan sea monsters!

NASA has preliminary plans to send a probe, tentatively named Clipper, to Europa. Meanwhile, the European Space Agency (ESA) is working on a mission called JUICE (the JUpiter ICy moon Explorer). While JUICE’s main objective is Ganymede, it will also visit Europa.

Best of all, Clipper and JUICE should reach the Jupiter system at around the same time, so NASA and ESA will have plenty of data to share during these missions.

Budget constraints have ruled out the possibility of landing or swimming on Europa, but mission planners have hinted that they might try to fly through a water plume, if Europa gives them a chance to do it.

Scientists Plan to Hunt for Alien Life on Europa from National Geographic.