Can Life Exist on Earth? An Extra-Terrestrial Perspective 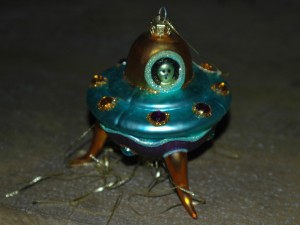 As human astronomers scan the heavens, trying to locate alien life, they generally assume they know what they’re looking for: a planet similar to Earth.  They’ve confirmed the discovery of hundreds of worlds, but none are quite like our little, blue planet.  So astronomers keep searching, but what if they’ve overlooked something?  What if Earth is not typical of life-bearing planets?

To get a better sense of what astronomers should be looking for, I reached out to a few extra-terrestrial friends to ask what they think of life on Earth.  Here’s what they said:

When I told my extra-terrestrial friends that I am from Earth, most of them laughed, and Dr. Ullumon suggested I seek medical attention for all the carbon contamination he found in the blood samples I provided.  Just goes to show how difficult it is for some people to imagine life forms that are different from themselves.