Neptune is really far away and difficult to observe through a telescope. Nothing emphasizes this better than the fact that we lost one of Neptune’s moons. It was there. We saw it just once, thanks to the Voyager 2 spacecraft. And then for over twenty years, we couldn’t find it again. 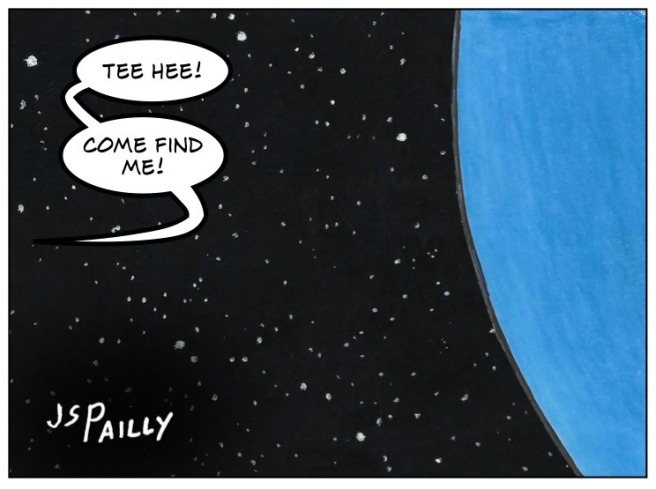 That lost moon is called Naiad, and there are several reasons why it’s so hard to see.

In 2004, the Hubble Space Telescope made a concerted effort to find Naiad. Hubble failed, or so it seemed at first. In 2013, new image processing techniques were applied to the 2004 data, and Naiad finally appeared.

The game of hide and seek isn’t quite over. We still don’t know why Naiad’s orbit is so erratic, so we can’t accurately predict where Naiad might turn up next.

But this is a risky game Naiad is playing. It’s rapidly approaching its Roche limit (if it hasn’t crossed it already), meaning there’s a good chance this tiny moon will soon be sheared apart by Neptune’s gravity.

Roche Limit and Radius of Roche from Astronoo.

Today’s post is part of Neptune month for the 2015 Mission to the Solar System. Click here to learn more about this series.