How Crowded Is the Asteroid Belt?

Exact figures for the number of asteroids in the asteroid belt vary widely, but astronomers generally agree there are millions of objects of at least one kilometer in diameter. That sounds like a lot, but it turns out the asteroid belt is a fairly empty and lonely place. 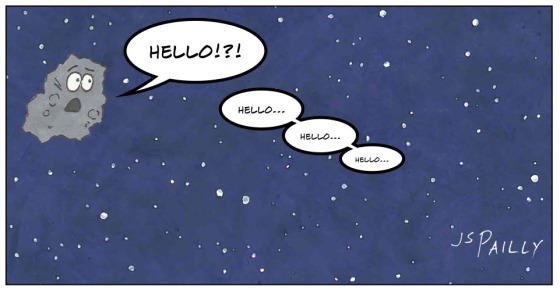 But for hotshot space pilots like myself, there are still some opportunities to zigzag between and around dangerously close asteroids, perhaps while being pursued by hordes of Imperial TIE Fighters.

Over a hundred asteroids are known to have at least one tiny moon. Binary and trinary asteroids have also been discovered. Those are pairs or trios, respectively, of asteroids of roughly equal mass that are locked into orbit around their common center of gravity.

And of course when asteroids collide, they often form debris fields. This debris can linger for weeks before recombining as a rubble pile asteroid. Maybe these chaotic post-collision debris fields are just the perfect place to try evading the forces of the Evil Empire.  Assuming you can find one.

10 Things You Need to Know About Asteroids from Time and Date.

Images of Asteroid Ida and Dactyl from NASA Near Earth Object Program.

Binary Asteroid from The Worlds of David Darling: Encyclopedia of Science.