Enjoy Juno While You Can

In case you haven’t guessed, I am super excited about the Juno Mission. I’m looking forward to writing (and drawing) about it a lot over the coming years. 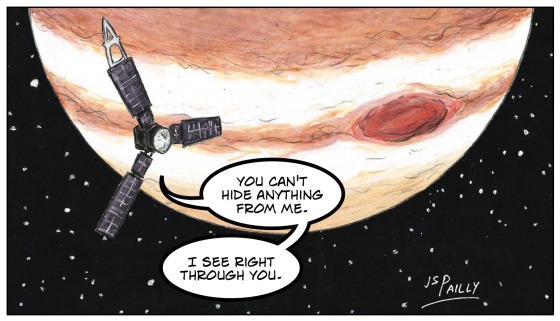 But for the moment, we’re sort of stuck in a holding pattern.

Juno successfully entered orbit of Jupiter on July 4, 2016; however, it will have to complete a second engine burn, scheduled for October 19, before the science mission really begins.

In the meantime, I thought I’d run through some of Juno’s equipment and some of the mission objectives I’m most excited about.

Juno is scheduled to make a suicide dive into Jupiter’s atmosphere on February 20, 2018. 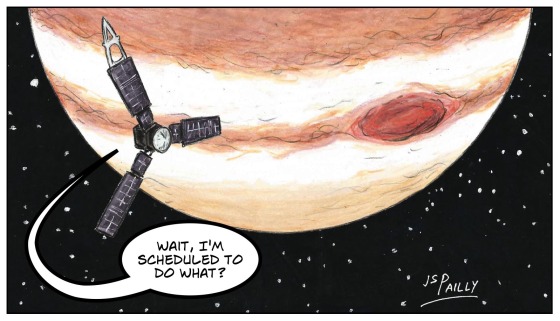 I’d hoped there might be a possibility for a mission extension. The Cassini mission got an extra nine years to study Saturn. But NASA doesn’t want to risk contaminating any of Jupiter’s moons (especially Europa).

So over the next two years, we better make the most of Juno while we still have her.

P.S.: JEDI stands for Jovian Energetic particle Detection Instrument. The Star Wars reference is surely a coincidence; it’s not like there are any nerds working at NASA.

Posted by J.S. Pailly on July 26, 2016 in Uncategorized and tagged Jupiter, Space.