Sciency Words: The Anomalous Precession of the Perihelion of Mercury

If you’re anything like me, you’ve probably looked at planetary orbits and asked yourself: why does Mercury’s perihelion precess so anomalously? That simple, straightforward question is the subject of this week’s edition of Sciency Words.

Sciency Words is a special series here on Planet Pailly where we take a look at a new and interesting scientific term so we can all expand our scientific vocabularies together. Today’s term is:

THE ANOMALOUS PRECESSION OF THE PERIHELION OF MERCURY

I know, it’s a bit of a mouthful, but trust me… this anomalous precession thing is pretty cool.

Gravity According to Newton 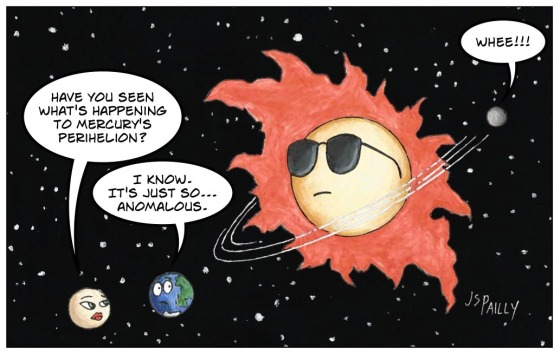 Mercury’s perihelion (the point where Mercury is as close to the Sun as it gets) moves. That in and of itself isn’t so strange, but the perihelion moves a tiny bit faster than it should according to Newton.

The mystery of Mercury’s orbit (or the “anomalous precession of the perihelion of Mercury,” to use the technical lingo) baffled scientists for centuries. That is until Albert Einstein came along.

Gravity According to Einstein

Needless to say, the Sun has a lot of gravity. Turns out that the warping of space-time around the Sun precisely explains Mercury’s weird orbit. In fact, every planet experiences some degree of this anomalous perihelion thing. It’s just that, because Mercury is so much closer to the Sun, the warping effect is significantly more noticeable.

This is perhaps the planet Mercury’s greatest contribution to science. The anomalous precession of Mercury’s perihelion provided one of the earliest proofs that general relativity—and all the wibbly-wobbly, timey-wimey stuff that comes with it—is not just science fiction. 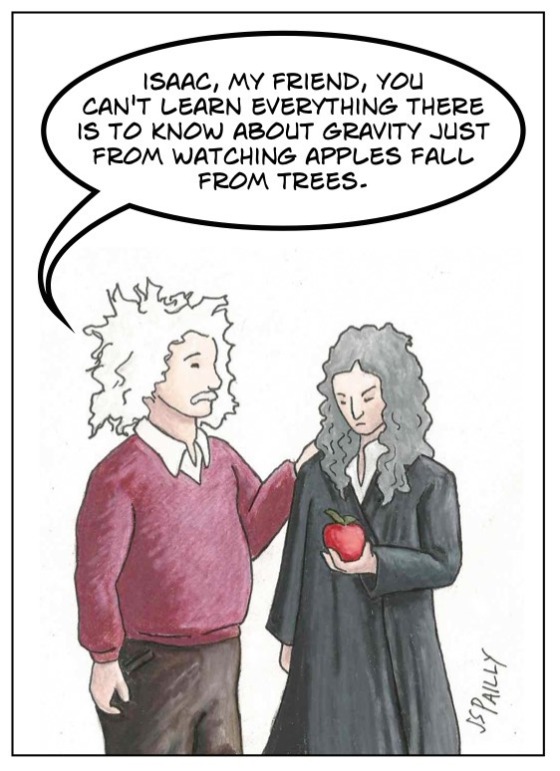 The 200-Year-Old Mystery of Mercury’s Orbit—Solved! from io9.

The Mysterious Orbit of Mercury from The Great Courses.

Accounting for General Relativity at Mercury from The Planetary Society.